Thanks to publicity on this blog, social media, and e-mail blasts, progressives and other Democrats came to the Americans for Prosperity “public forum” on Medicaid expansion last night at The Loft Cinema. Too bad we couldn’t get in.

Approximately 20 pro-healthcare reform advocates, plus six journalism students, and two bloggers were shut out of the tightly controlled forum. In addition, City Councilman Steve Kozachik was “uninvited” to participate in the panel. Although public announcements of the event in the Tucson Weekly, the Arizona Daily Star, and the Pima County GOP website didn’t say that reservations were required, the only people who were admitted were those who RSVP’d to the Koch Brothers’ Americans for Prosperity e-mail blast, linked to this article.

We stayed for almost the first hour. Tom Betlatch, director of AHCCCS, spoke first and gave a very good overview of AHCCCS, Prop 204, and the current state of the uninsured and the effect on the hospitals, etc. He also read some stories from their website about people losing insurance and facing death.

Don Hughes spoke next; he is [Governor Jan] Brewer’s health policy advisor. He talked about Brewer’s struggle with the issue and why she chose to go with the expansion (I think as a way to get the audience to see why Republicans should support it). He also talked about the effect on rural hospitals of increasing the uninsured population.

Next Tom Jenney (from Americans for Prosperity) spoke and said a lot of inaccurate information about AHCCCS: its a bad program that gives poor care, it would cost the state a lot of money, etc. At one point, he said doctors are fleeing AHCCCS at which point Paul [Shapiro’s husband] and I yelled out that that wasn’t true and that we are physicians. I think he lost his cool a little at that point.

Betlatch responded by asking what proposal Jenney would make instead and challenged some of his statements as not factual. Jenney couldn’t answer and acknowledged that he had no alternative. Hughes challenged him about the value of AHCCCS. The next speaker was [former State Senator] Frank Antonori, and we decided we couldn’t stand any more and left.

The audience was pretty significantly oriented to Jenney’s group [Americans for Prosperity], although many of us clapped for Betlatch and Hughes. [Former State Representative] Dr. Matt Heinz was up to speak after Antonori, and Dr. Jane Orient was there as well (libertarian doctor). The audeince was obviously a lot smaller than we had anticipated, since it was in the new room at the Loft which probably doesn’t seat mores than 100 people.  I doubt any minds were changed, since the people there only cared about taxes. I think they represent a small group, though, and I doubt it will have any impact on the debate. The event was recorded. [Emphasis added.]

It’s really too bad that the venue was small and that the journalism students, bloggers, and people with differing viewpoints were not allowed into the theater. I had my video camera and was ready to record the event– as I have with other truly public, bipartisan forums. We should have expected this. Prior to the event, Tea Party organizers played politics with the panel invitees. Initially, Kozichik was to represent the Grand Canyon Institute on the panel, but he was uninvited. State Senator Steve Farley was billed as being on the panel, but word is that he may have declined to participate because of the pre-event gamesmanship with the panel.

Create jobs and save billions? That’s not a message the Koch Brothers want people to hear; instead, they want to spoon feed the public messages like the one from last night’s anti-Obamacare movie, Sick and Sicker. It is a scare tactic hit piece about expansion of coverage and long wait times for doctor visits in Canada. The movie trailer includes quotes from a doctor who predicts that Americans will die waiting for healthcare if the Affordable Care Act is allowed to go forward and cover more of the uninsured. The key point that is left out? People are dying now because they don’t have access to care or they delay care because of the cost.

Since so many voices were shut out of this forum, the sole video record will show a homogeneous audience opposed to healthcare reform and big guv’mint. It’s ironic that the Tea Party, which claims to be all about preserving the Constitution, shut out the public voice and the media. 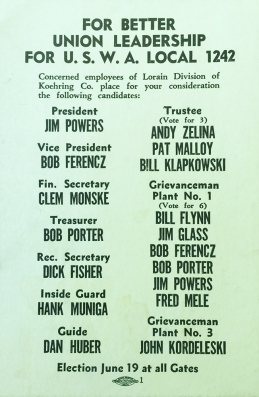 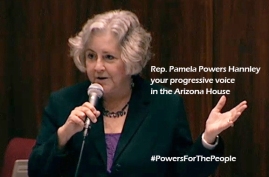 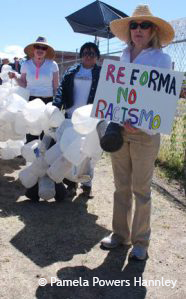 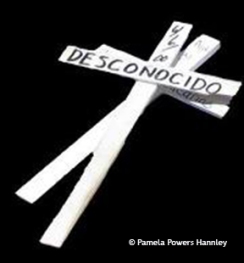 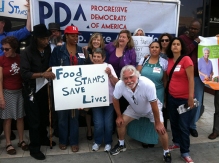 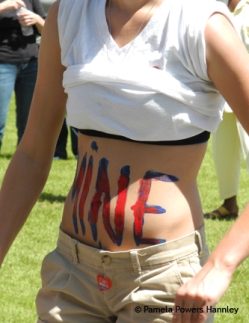 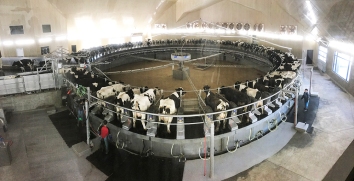 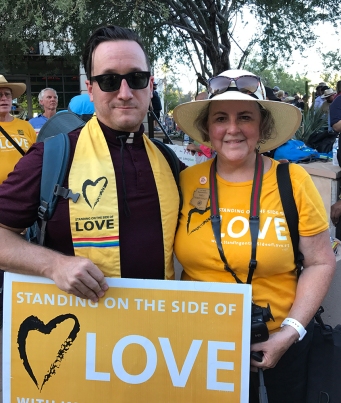 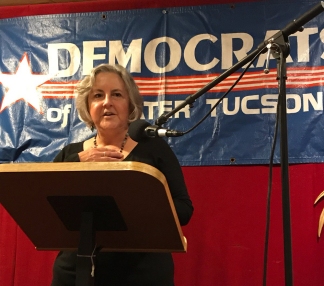 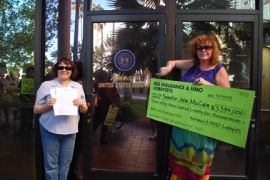 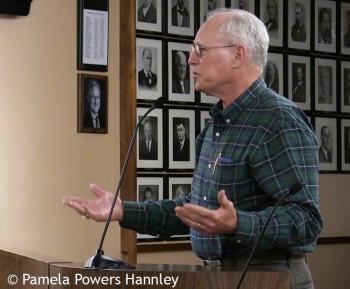 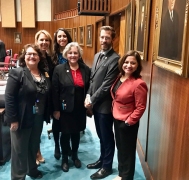