I am honored to be a speaker at Women’s Equality: Courageous Conversations on August 26, the anniversary of women’s suffrage and the passage of the 19th Amendment. I will be talking about the history of the Equal Rights Amendment (ERA) and the struggle to pass it. Only two more states are needed to ratify the ERA. I filed a bill proposing ratification of the ERA in the Arizona House in 2017, and I plan to do it again in 2018. Event information here.

Standing Room Only at July 8 Townhall

Unlike some politicians who hide from their constituents, LD9 Senator Steve Farley, Rep. Randy Friese, and I held a constituent town hall in early July. At the time, Congress was wrangling with health insurance reform and was poised to knock 30 million Americans off of health insurance, while giving tax breaks to the wealthy, to big insurance and to big pharma.

As a result, our LD9 town hall drew a standing room only crowd at the Martha Cooper Library in midtown– despite 109 degree temperatures. My UA intern Antar de Sa did a Facebook live video, and you can watch the whole event here. I also posted my comments on my YouTube channel.

Our neighborhood has a 50+ year tradition of hosting a July 4 parade. My husband Jim and I have been participating for years with our grandchildren and have won multiple awards for our garden carts floats. In 2016, instead of just walking in the parade, we started a tradition of passing out Eegees to parade goers.  When it’s 100 degrees at 9 a.m., watermelon Eegees is a great breakfast treat. (Photo above.)

What if our laws were more balanced?

This is the question that I raised in a guest editorial in the Arizona Daily Star– Rep. Pamela Powers Hannley: In politics, individual liberty has been promoted over social responsibility— and in recent community talks.

People across the political spectrum say that they believe that our country is headed in the wrong direction, and they feel left out or left behind.The news media often tells us that we are a country divided. Social media fuels this idea with countless stories of political and ideological intransigence despite mounting societal needs.

Ironically, the news media also often tells us how much the general population agrees on certain topics. For example, although Congressional Republicans have been working for seven years to repeal the Affordable Care Act (ACA or “Obamacare”) and return to the glory days of market-driven health insurance, polls show an increasing majority of Americans “believe the federal government has a responsibility to make sure all Americans have health care coverage.”

An Associated Press story published recently reported that “Americans overwhelmingly want lawmakers of both parties to work out health-care changes, with only 13 percent supporting Republican moves to repeal ‘Obamacare’ absent a replacement.”

“Nearly everyone wants changes to the Obama law, while hardly anyone wants to see it abolished without a substitute in place,” according to the AP. Abolishing the ACA and leaving millions of Americans without health insurance– while giving tax breaks to the rich, the insurance companies, and big pharma– is an unbalanced policy that favors special interests over the physical and financial health of the population.

Are unbalanced public policies that favor the rich and big corporations over the needs of the public the reason our country is so divided? Think about it. Think tanks, special interest groups, and lobbyists control much of the legislation that goes through the Arizona Legislature (and most likely through Congress). In 2017, many of bills that we heard in the House were designed to benefit one corporation OR just handful of them OR to push an ideological agenda against the will of the people.

Far too many of our laws are written to favor special interest groups and not the common good. It’s no wonder so many Americans are frustrated and feel left out or left behind.

Could balanced public policies calm the tensions in our country by bringing fairness to the lawmaking process? I think it’s worth a try. It’s time to say “no” to special interest groups and “yes” to what’s good for the people.

You can read the full text of my talk here or watch it below. (Fun fact: there was no air conditioning for the LD9 town hall or the UUCT public policy speech.)

This post was originally published on PowersForThePeople.net. Sign up for email updates or blog posts here. Check out the original August update here. 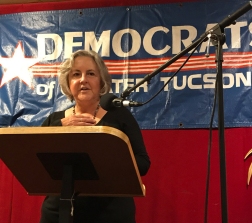 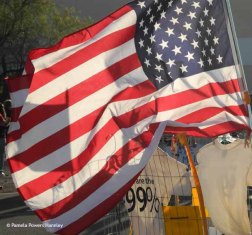 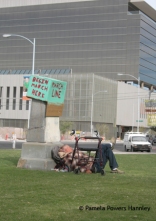 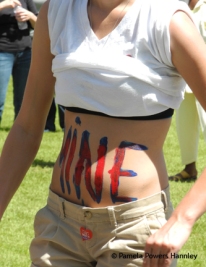 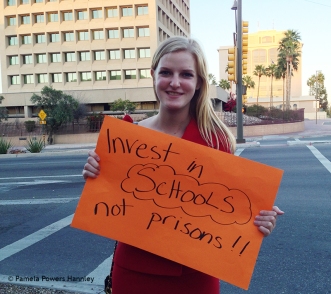 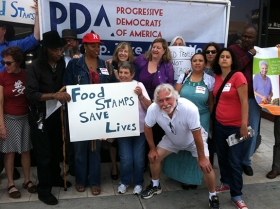 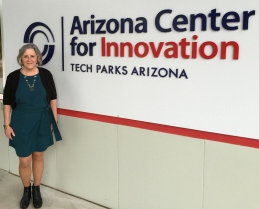 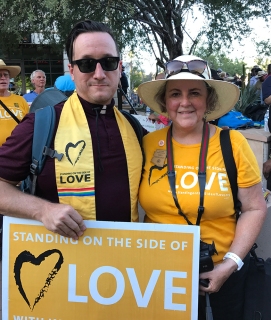 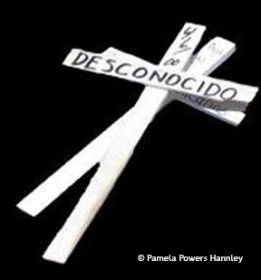